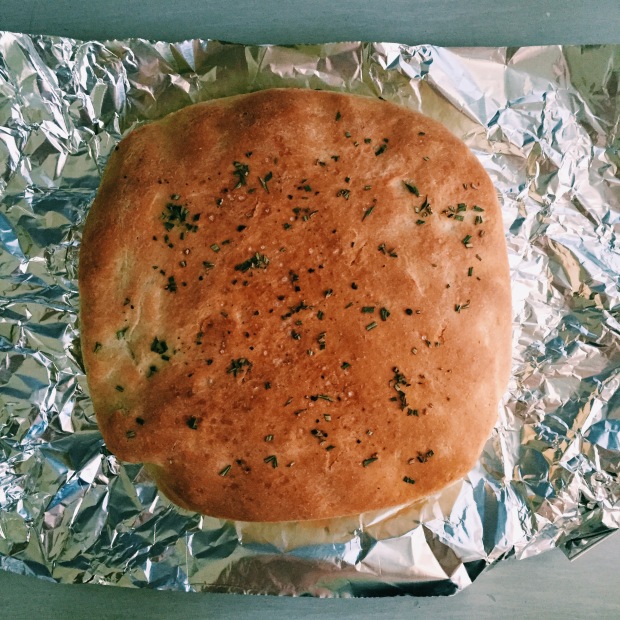 When I was in college, I was in a ‘sorority’ of sorts. I went to a small, private university that made up their own version of the greek system, probably in an attempt to be more wholesome and sober. Instead of sororities, they were called tribes, and my tribe was called Nenamoosha (nee-na-MOO-sha). During my sophomore (junior?) year, we had some t-shirts made to help further distinguish us from our on campus peers, because what is college if it’s not about wearing the same shirt as 87 other females? This happened every year, but this particular semester they were grey V-necks with a screen-printed picture of two Care Bears on the front and the words “Nenamoosha Sisterhood” on red script across the shoulders. I was instantly in love because: V-neck! and oh, grey, my favorite color! And it was long enough because: tall girl problems.

Let’s just say I’ve worn that V-neck on a weekly basis ever since I (most likely) over paid for it 6 years ago. It’s so soft! and comfy and easy. But now there are little holes beginning to appear between the Care Bears in awakard areas like: the chest. The hem is coming undone and frayed at the bottom. It’s significantly misshapen, and due to years of washing and drying, a little shorter than it once was. Now I (usually, hopefully) only wear it to bed (your welcome, Aaron) and occasionally when I summon the strength for an early morning work out, it’s the top half of my ensemble. It’s been my comfort standby for years, and in case it’s not obvious: I. Love. This. Shirt.

This bread recipe is like that: It’s my comfort standby. I’ve been baking it since college, and thankfully, unlike The Care Bear Shirt, it’s only improved with age. When my sister-in-law had a food blog (RIP Weekly Dish) I baked my first loaf of focaccia bread from the recipe on her site. It was pretty horrible. I recall a large, dense, beige lump of crust that in no way resembles the bread I bake now six (!!) years later. I’m certain that if I didn’t soak it in olive oil after it was baked it would have chipped some of the teeth that my parents paid thousands of dollars for and Drs. Ditcharo and Leggett spent hours bracing and cleaning. Looking back, why did I eat that? Why did I think it was delicious? And I shared it with my friends, people that I liked and boys I was trying to impress. And they liked it! I liked it. And I kept eating it! I was, in the truest since of the word, a novice bread baker. But I’ve read things and baked things and burned many things since then, and hopefully you can take some of that knowledge and bake bread yourself! It’s my stand by for when I need some bread to go with our meal or when I need to stretch some dishes to feed a dinner party. It’s comfortable, I know this bread really well, it’s a recipe I can count on. 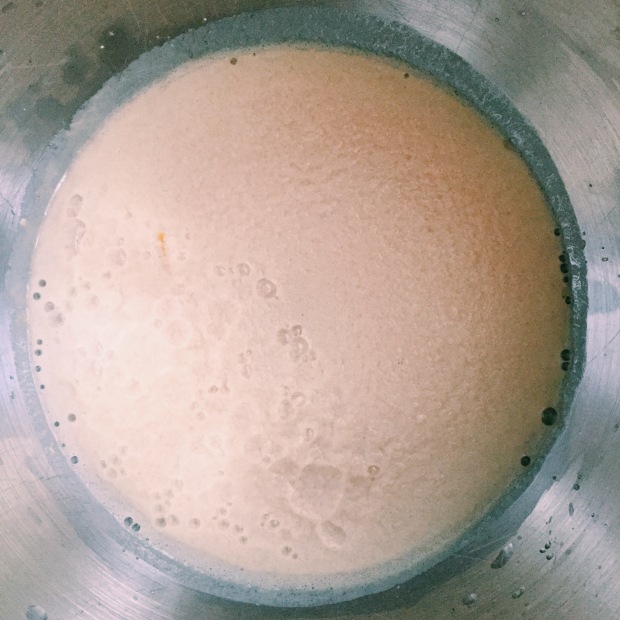 Bread baking (at first) is not what I would call easy, but it’s definitely doable and it only gets easier the longer you do it. Don’t settle for the bagged stuff from the supermarket shelf: you deserve better. Baking bread has become sort of an ancient mythological skill that people seem to think you need a wand and a degree from Hogwarts to accomplish. You don’t. Kitchen wizards are not the only ones who can bake bread at home. YOU can do it too! I’ve had years to work out the kinks with this recipe (although I was probably this biggest kink). I’ve tried different combos of flour, different amounts of yeast, longer or shorter rising times. And I think we’re finally getting somewhere. I definitely would NOT call myself an expert, but this recipe is a good basic, tasty one that will get you started in the bread baking world. We eat this with sandwiches, as a side for salads or soups, and it makes really good croutons.

Aside: I was recently showing Aaron some present ideas for my birthday next month, and this shirt made the list *cough size medium cough*. He took one look at it and said “that shirt is going to become The New Care Bear Shirt”. I’m certain he’s right.

Note: true bakers will say the only way to get really accurate measurements and the same bread every time is to weigh your ingredients. They are correct. However, this is entry level and I’m not the baking police. One day soon I will update this and add the weights.

In the bowl of a stand mixer, whisk together the first 4 ingredients. Let stand for 10 minutes, until the yeast is “activated” and foamy (see above). Add the flour and olive oil, and with a dough hook attached, turn the mixer on low, then low-medium for several minutes, until a soft dough forms. Flour your counter, dump your dough onto the counter and knead with your hands for a few turns, until the dough is soft but not overly sticky, pliable and has some give to it. Oil your bowl and return the dough to its bowl, cover with a towel or plastic wrap, and let rest for at least an hour, or ignore it for three, in a warm place. It should have at least doubled in size by this time.

But I don’t have a stand mixer! Then go buy one! But here is the how to:
Whisk the first four ingredients in a large bowl, let stand for 10 minutes until foamy and “activated”. Add flour and olive oil. Stir with a wooden spoon until a rough dough starts to form, them dump all ingredients out onto a well-floured counter and knead until the dough is soft, pliable and has some give to it. Oil your bowl and return the kneaded dough to its bowl, letting it rest for at least an hour or until doubled in size.

After its initial rise, punch the dough down and turn it back onto your floured counter (don’t bother cleaning up from the first time) and give it a couple of kneads. Divide your dough in half and place in greased pans. I like to use a 9×9 baking dish and a large round iron skillet. Let your dough rise for another hour, or until it has reached the top of your baking pan. This may not take the full hour, depending on the heat of your kitchen (mine is very warm). When your loaves look almost ready, preheat your oven to 475 degrees Fahrenheit. Once your oven is preheated, place them in the middle of your oven and bake for 12-15 minutes, or until the top is a deep golden brown and sounds hollow when tapped. I use the square loaf for sandwiches and sprinkle just a little kosher salt on top prior to baking. The round loaf I like to sprinkle salt, fresh cracked pepper and rosemary on just before it goes into the oven. It’s my favorite for dipping into soup and serving with salads. Let your loaves cool in their pans until cool enough to handle and I highly recommend you eat some while its still warm.

3 thoughts on “focaccia bread / mere mortals can bake bread, too!”